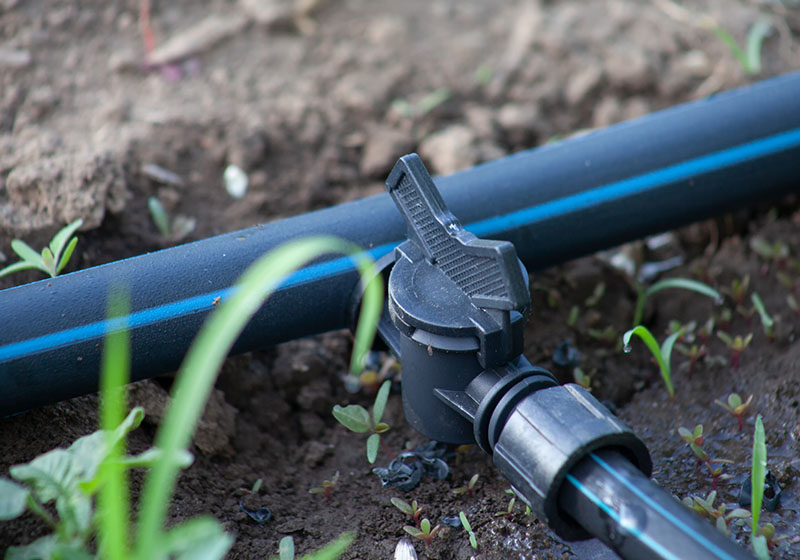 Ghana has received €44.7 million grant as part of the Agriculture Water Management Project (AWMP) to build and rehabilitate a total of 35 irrigation schemes in northern Ghana.

The project would support the expansion of irrigated agriculture in northern Ghana, covering 11 Districts in the Upper West Region, two districts, and one District in the North East Region.

It would be implemented by the Ministry of Food and Agriculture (MoFA) and the Ghana Irrigation Development Authority (GIDA) to stimulate green and inclusive growth, reduce inequalities and improve Ghana’s food security.

It is being funded by the Agence Française de Développement (AFD) and the European Union (EU) The agreement was signed by Mr Ken Ofori-Atta, the Minister of Finance, on behalf of the Government, while Mr Christophe Cottet, Country Director for AFD and co-signed by Ms Jutta Urpilainen, the European Commissioner for International Partnerships. 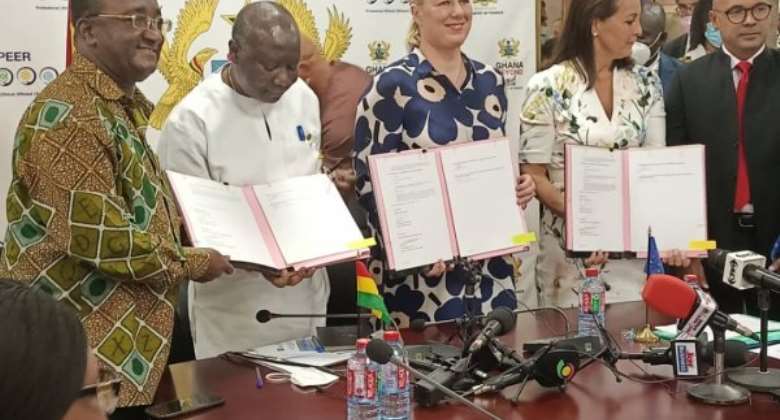 Mr Ofori-Atta, who commended all the partners, said the project would support the expansion of irrigated agriculture in northern Ghana, covering 11 Districts in the Upper West Region, two districts, and one District in the North East Region.

He said the project was consistent with the government’s priorities as it addressed the key issues faced by smallholder farmers and farming systems in the Northern Region.

“The AWMP programme dovetails perfectly into our Planting-For-Food and Jobs Programme as it would help address food insecurity issues and improve the income of farmers and promote poverty eradication,” the Minister said.

She said the project was an ambitious and important investment that would support smallholder farmers to make their yields more predictable and increase their income.

Madam Anne Sophie Ave’, the Ambassador of France to Ghana, said, investing in agriculture was investing in the future.

She said the project aimed at planting for peace and security and planting for sustainability and it would enable better jobs and revenues, environment-friendly agriculture, all-year-round production and ensure food provision for all.

“The construction of irrigation systems is essential to increase yields in the targeted regions of Upper West, Savannah and North East Regions,” she added.

The project will provide an additional and reliable source of income for more than 6000 smallholder farmers, who currently rely on unpredictable rain-fed agriculture and are increasingly exposed to extreme climatic events such as droughts and floods.

Signatories of the Project have agreed to join forces to support irrigation in northern Ghana, where 85 per cent of the population makes a living from agriculture.

In all the European Union is committing €39,7 million and the French is committing €5 million, which would be managed by AFD with the MoFA and GIDA as implementing partners.

The projects will finance the rehabilitation and construction of 15 dams, 11 boreholes and 9 pumping stations on the Black Volta River and their associated 1300 hectares of irrigated perimeters.

It will accompany farmers to move from rain-fed to irrigated agriculture, support the Water Users Associations to run the irrigation scheme and build GIDA’s capacity to supervise these schemes.