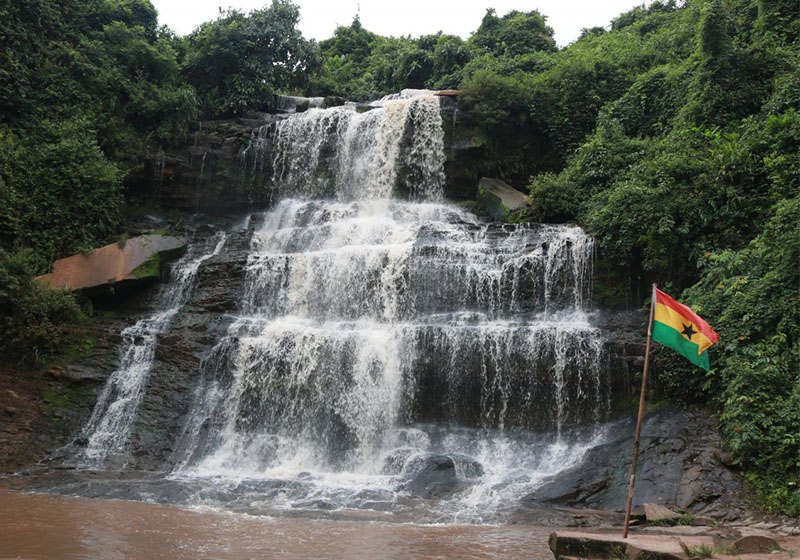 Ghana’s ecotourism in 2020 contributed 1.2 billion dollars to Gross Domestic Product (GDP). The contribution formed 5.5 per cent of GDP in the year amid poaching, logging, and illegal mining activities.

Poaching is hunting or capturing of wildlife without permission from the respective authorities. Madam Ernestina Anie, the Public Relations Officer of Wildlife Division of the Forestry Commission, speaking to the Ghana News Agency in Accra, said the activities continued to pose threats to conservation and the promotion of ecotourism.

She explained that aside patrons paying to watch some animals at ecotourism sites, wildlife animals played an important role in the ecosystem.

The Public Relations Officer said the loss or reduction of certain species could have effect on food and water sources that were critical to human survival.

The country’s protected areas, she said, were home to animals, including leopard, lion, crocodiles, hippopotamuses, monitor lizard, pangolins, antelopes, and elephants, however, destructive activities were driving them to extinction.

“Over time, we have observed that many of the gazetted protected habitats of these animals have been encroached. Their sources of water are drying up due to logging and illegal mining. Poachers are hunting small animals like rodents, porcupines, and guinea fowl that the bigger animals feed on.

“Some animals cannot withstand excessive shooting and noise pollution by chainsaw operations. This makes them migrate.”

Madam Anie, said although officials of Wildlife on a regular basis conduct patrols in all protected areas, some host communities sometimes prevented them from acting, which usually resulted in conflicts.

“We have held many educational programmes with host communities and their leaders about the importance of working together to protect wildlife resources, but some keep exhibiting negative attitudes through their deeds,” she said.

“While farmers deliberately encroach on protected areas, others go into the protected areas to poach animals that are endangered at the blind side of our officers.”

Asked about plans to introduce other exotic animal species, she said, Ghana imported Zebra and lions from South Africa to promote and sustain animal breeding.

She said the imported species had produced two zebra foals and two lion cubs at the Shai Hill Reserve and the Accra Zoo respectively.

Madam Anie explained that the move was to increase and vary the species at the zoo, attract visitors and generate revenue.